Australia is gripped by a Government Forms Disaster. Unlike the recent Bushfire Disaster that the whole world knows about, few outside Australia know about our ongoing Government Forms Disaster. But citizens who routinely use the forms produced by Services Australia are acutely aware of how bad they are. And now the fire disaster victims have the additional trauma of using these forms to apply for government aid. This is a great pity: a large part of the Australian government’s commendable action to help the bushfire sufferers has unnecessarily added to their distress.
Now the Australian government is planning to give help to Coronavirus/COVID-19. Applicants will, of course, need to fill out a Services Australia form.

It wasn’t always like this. Between 1985 and 1995, we at CRI researched, designed, and tested highly usable forms with error rates below 1%, and trained many of the Federal Government Departments in Canberra to design, test, and implement such forms. 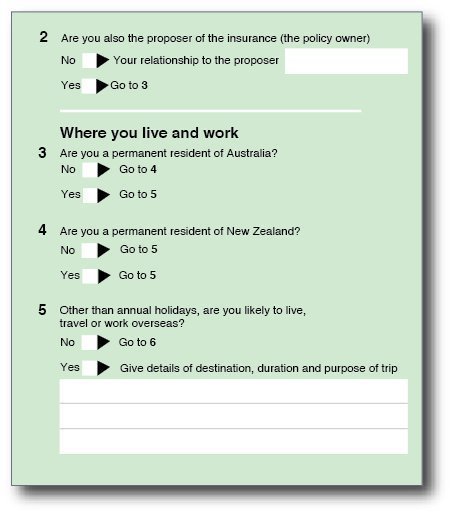 25 years later, in 2020, the bureaucracy has all but forgotten what they were taught. Remnants of the style guides we helped develop can be found. But user-friendly forms have been transformed into user-unfriendly instruments of frustration and vexation.

As for testing with users—a necessity in any forms development work—we seriously doubt that Services Australia (until recently the Department of Human Services) performs any tests with the citizens who have to use its products. (I wonder why it dropped ‘Human’ from its name?)

The form, an extract of which we show below (click on it to see the entire document), has only recently become a matter of public interest because victims of natural disasters are now also finding themselves, perhaps for the first time in their lives, the victims of a manufactured disaster—a government form. But think of the many people who routinely have to deal with forms like this to receive government support. 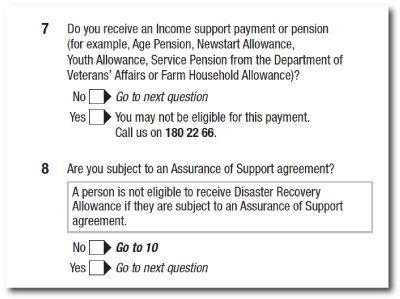 The current Services Australia form seems to be designed by auditors, whose principal purpose is to prevent citizens getting money unless it’s absolutely unavoidable.

Look at our analysis of one page below.

lurching through a form